Welcome to the Blue Moon

If you like the stories, I would love to hear from you. Leave a comment on the blog or drop me an email.
All stories on this blog and related blogs are fictional. Any representation of actual people or events is purely coincidental. These stories should be read only as fantasy and are intended for a mature audience. If you are not of legal age or such works are illegal in your country, please visit Google for more appropriate sites.

6/14/15: The Call of the Seven Peaks -- a new story in the Unbreakables Universe

I know we have disappeared for many months, and I still doubt we will have any new material. However, I have decided to return the original Unbreakables to this blog. This is not the revised story we posted more than a year ago, but the original. We are still working on the story, but it is no longer in this realm of power fiction and will not appear here.

Thank you as always for your readership.
Posted by Nat at 10:41 AM 5 comments:

We are still here and still writing. Our major project is rewriting the Unbreakable Verse into a more general story. We will be posting some outtakes from the first novel shortly. I recently wrote a short bit in Reality Check Verse for a bit of fun. I posted that today.

Please watch this space for more new and exciting news.
Posted by Nat at 8:14 PM 4 comments:

While it appears few have noticed, The Unbreakables is currently off exhibit. As I have mentioned before, it is being reworked into a more mainstream piece of fantasy or speculative fiction. We hope the first book in the series will appear at a virtual bookstore near you in early 2015. More news and exciting teasers are coming soon, so stay tuned.
Posted by Nat at 10:04 PM 7 comments:

As the title suggests, Kor and I haven't disappeared, never to be spotted again. We are still laboring away on a rewrite of The Unbreakables. The story is getting a major makeover which may leave some readers screaming for the exit. :)

The Unbreakables is sometimes described as a non pink story or not sparkly. It's new version has dropped any remnants of unicorns and rainbows, but gained a healthy dose of mysticism. (I know that makes no sense, but you will just have to wait to see the results.) While the story was harsher than the sunny utopia of Reality Check, the original version contained ample nuggets of soft romance and sweet hurt/comfort. The new version has a harder, more honest look at Eliot. As Taurin's writer, I am not sure he's changed much except Tamor is drawn much sharper earlier, emphasizing his foreignness to the others. Our two heroes/anti-heroes are still paired with Ronan and Aleron, but the nature of the relationships have changed. The story is no longer BDSM romance or erotica. They are not in a relationship that we would understand as dominance and submission.

Anyway, we hope you stick around long enough to see the new story.
Posted by Nat at 11:06 AM 4 comments:

Film critics remark on the single dimensional perfection of film heroes, and as a writer I felt the opposing pull of fulfilling the needs of the story with a perfect hero versus the need for greater realism and multi-dimensional characters. For a time, I tried to balance the two, remaining in a genre where I was continually pushing on the borders of acceptable. I wanted a dominant who felt like a real man and not Fred Astaire and John Wayne rolled into one. Readers of Reality Check can see the shift in my characterization, not that I've ever been satisfied that Milton doesn't appear as the perfect hero and dominant. After all, the man does manage a harem with unbelievable ease. Ultimately I decided Reality Check could remain in the world of John Wayne and Fred Astaire. The series was named Reality Check for a reason; it was never meant to be more than a fun romp. The ending was grittier than the beginning, but it was still very much a utopian world.

For me, the purpose of posting fiction to the internet has always been to facilitate a discussion between the readers and the authors, a discussion that I hoped would help me hone a craft in which I am far from an expert. Unfortunately after struggling with various story venues, I am less and less certain such a discussion is possible and more and more certain that desiring such an exchange is somewhat as realistic as finding a pot of gold at the end of the rainbow. Honestly while there has been pleasure at times knowing that I have brought a speck of joy to the reader, my experience in these venues has mostly been unique and frustrating to put it as delicately as possible.  Ultimately for a number of reasons, creating a culture to broaden and strengthen the writers craft seems impossible or at least impossible for me. My experience has been that the connection between the reader and the writer is fragile. Some writers have complained of a culture of entitlement from the readers where they seem unaware of the time and effort to create even a slightly readable story. Certainly I think this does come into play, but I am also inclined to believe that often silence or the frustrating and demanding replies to write more, quickly is more of a hesitancy to expose oneself and an unsureness as what is proper as well as desire to remain anonymous in a world outside the accepted norms.

No matter the cause, all my attempts to facilitate communication have failed. Within the group forums, I either felt that I was coercing responses or being ask to become a character within one of my own worlds, an experience which I found very disturbinng as I write worlds of strongly questionable ethics. Groups are also rapidly dominated by a few, and it takes constant vigilance to make those with opposing viewpoints feel even halfway welcome. Group politics are not my strength. Groups also, in my opinion, encourage the readers to attempt to train the writers to produce works to the readers' fantasies. I have both experienced this and watched it happen with other writers, most who quit writing altogether after either several collective rounds of silence or a snowballing thrashing for daring to cross some unwritten rule of the genre. Personally I don't mind being blasted for rule breaking in a genre; I was often courting it, as an irate response can often help shape a story. For me, what is backbreaking is the silence, and for any who have read The Unbreakables, the silence is vast.

Blogs are perhaps not the ideal forum to develop an interplay between the reader and the writer, but as I write outside the bounds of fan fiction, there are few other venues. Most of the various collecting and aggregating sites outside of Wattpad are either fan fiction or strongly pornographic.  As the start of the Unbreakables could be considered within a fannish realm as it followed an AU BDSM type universe. We did post on AO3, but AO3 is a home for fan fiction and its readers. It's an excellent site, but it's not the right shelf space for the Unbreakables or any future works. Fiction moving away from pornography and hurt/comfort has a lonely world on the internet. At this point, I doubt is any of my future fiction will be available either here or on AO3. The primary driver of traffic to this blog is Tarabeth's Tearoom, and understandably readers are disappointed at my current output just as readers on AO3 are disappointed to find no Holmes or Stiles or any other of their favorite characters.

For now, I will leave all my current posted stories available here, but as the revision continues on the Unbreakables it will be removed for the long term goal of moving toward publication. Over the last two years, I removed a significant portion of my earlier fiction from this site to distance myself from some of the elements that I found uncomfortable. I will probably repost those as an orphaned archive for those who wish to read them. Some of them make me wince, but I also oppose censorship, and there removal is definitely censorship. They will trickle back up as I have time. (They have started to trickle back in The Attic.)

To all those who have stopped by and enjoyed the stories, thank you. Onward and upward or maybe downward; only time will tell.
Posted by Nat at 12:28 PM 14 comments:

Empires concludes at chapter seventy-two, and we will post the conclusion of the story, but it may not remain available. We have already begun the process of revision, creating both a new beginning and a novel that will follow Empires that is still more fragments than a story. The new story will have a more diverse character profile, not all men, and will eliminate many of the overt bdsm elements in favor of a relationship based more on warrior brothers. World building, which has become a significant factor in the story, will be allowed an even more free rein, and the plot, which was sometimes driven to the back with the need to fulfill other elements in the story, should be front and center.

We hope our current readers will continue to enjoy the story and that it will be more accessible to new readers. Stay tuned for information on our progress and fun tidbits.
Posted by Nat at 1:09 PM 1 comment:

Odds and Ends - New
He got his Barbie Shoes
Freedom

The Attic - All my other junk.

The Land of the Unbreakables 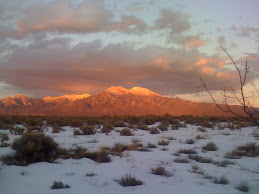